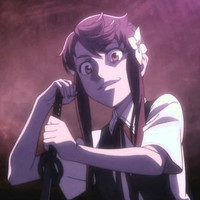 The series site for Big Order has been updated with release plans for the TV anime adaptation of Future Diary author Sakae Esuno's super-powered action series.  Between July 29 and November 25, the series will be released monthly in two-episode DVDs and July/September 5-episode Blu-ray sets, for a total of 10 episodes.

--
Scott Green is editor and reporter for anime and manga at geek entertainment site Ain't It Cool News. Follow him on Twitter at @aicnanime.