Mamare Touno receives three years probation, violation of which can result in up to 10 months in jail, along with fine 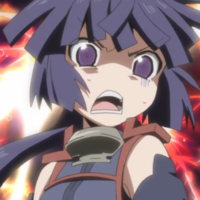 Mamare Touno (real name Daisuke Umezu), 42-year-old author of the anime-adapted Log Horizon and Maoyu light novel series, has been found guilty of tax evasion by the Tokyo District Court and sentenced to three years probation, violation of which can result in up to 10 months in jail. Additionally, his m2lade JAM has been fined 7 million yen.

In April 2014, Tokyo Regional Taxation Bureau charged Mamare Touno and his copyright management company m2lade JAM with suspicion of the violation of the Corporate Tax Law and referred the case to the Tokyo Public Prosecutors' Office.

According to the report, Touno established the company in April 2011, and though it earned about 120 million yen income from book royalties and lectures under the contracts with major publishers in three years by March 2014, it didn't report that income to the taxation office and avoided paying 30 million yen in corporation tax. 100 million yen of income was found in an account using the name of the company.

via Anime News Network and My Game News Flash