"Mighty No. 9" Locks Down a Final Release Date, This Time in June 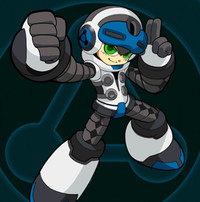 Believe it or not, it looks like Keiji Inafune's Mighty No. 9 is finally going to come out. Developer Inti Creates announced that the game has gone gold, and will hit PlayStation 4, Xbox One, Wii U, and PC in North America on June 21. A worldwide launch will follow on June 24.

Inafune apologized for the repeated delays, saying that this one is "set in stone" and there will be no more.

Mighty No. 9 has gone gold, and will release this June!https://t.co/igk2tMVIPz pic.twitter.com/Gr9OuwOlog

According to Inafune, the 3DS and PS Vita versions will "follow at a later point," but we'll have to wait for a concrete release date.