The role was previously voiced by Miyu Matsuki, whi passed away at age 38 in Octoer 2015 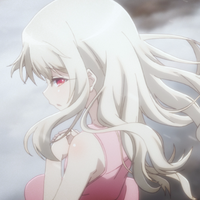 As part of the cast listing for Fate/kaleid liner Prisma Illya 3rei, set to debut July 6th, Yumi Kakazu has been listed as the new voice of mascot Magical Sapphire. The role was previously voiced by Miyu Matsuki, whi passed away at age 38 in Octoer 2015.

Other cast additions include Misato Fukuen as "Tanaka," Rie Kugimiya as Beatrice Flowerchild, Ryoko Shiraishi as Angelica and Sumire Morohishi as Erika.

Tags
fate/kaleid liner prisma illya
« Previous Post
You Can Bring The Obscenity With You Thanks To "Prison School" MOMS
Next Post »
"Udon no Kuni no Kiniro Kemari" Anime Lead Character Designs Published
Other Top News
9 Comments
Sort by: