In addition to composing work from pioneering anime creator Osamu Tezuka, Tomita is also credited with helping to popularize electronic music in Japan 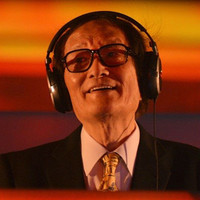 Japanese media has reported the passing of Isao Tomita, who died of heart failure on Thursday at Tokyo Metropolitan Hiroo Hospital at age 84. Tomita composed music for many of pioneering creator Osamu Tezuka's anime including 1965's Kimba the White Lion, 67's Princess Knight, experimental shorts such as Pictures at an Exhibition and 2005's Black Jack movie The Two Doctors Of Darkness.

Tomita is also credited with helping to introduce electronic music to Japan after importing a Moog III synthesizer in 1971. His efforts and works inspired other pionners in the field, such as Ryuichi Sakamoto of the techno-pop group Yellow Magic Orchestra.

Tomita had recently experimenting with using virtual singer Hatsune Miku This included a musical titled “Dr. Coppelius,” which Tomita’s official Facebook notes he knew he might not see it finished. It was dedicated to Hideo Itokawa, the father of Japanese rocketry, who dreamed of creating a hologram in the form of a ballet dancer.

With the help of Miku's Crypton Future Media, “Dr. Coppelius” was scheduled to be performed in Shibuya’s Bunkamura on November 11-12 with a 3-D hologram famous Vocaloid.

An obituary of Tomita from Anime Encyclopedia author Jonathan Clements can be read here.