In DBS doings, Arale (CV Mami Koyama) from Toriyama's Dr. Slump made her cameo this week 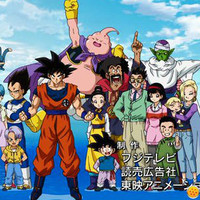 This week, Toei Animation US kicked off their international promotion of Dragon Ball Super TV anime, the new series celebrating the 30th anniversary of the anime version of Akira Toriyama's martial arts comedy action classic. First, their Facebook page posted a pointer to news of June's Future Trunks arc debut. Then, going ino the weekend, they posted a promo for the anime on their YouTube channel.

In DBS doings, Arale (CV Mami Koyama) from Toriyama's Dr. Slump made her cameo this week.

FEATURE: A Mom's Guide To Anime — You Get It From Your Mama