"Final Fantasy: Brave Exvius" Launches in the West This Summer 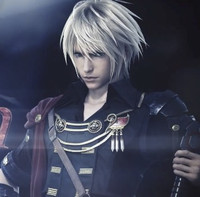 Square Enix is bringing iOS and Android RPG Final Fantasy: Brave Exvius to the west, and pre-registration is now open at the official website in advance of a summer launch. Brave Exvius will feature traditional turn-based gameplay with touch controls, field and dungeon exploration, CG-animated summons, and appearances from classic characters like the Warrior of Light, Cecil, Vivi, and Terra.

Adventurers will follow two knights of the kingdom of Grandshelt, and a young girl who suddenly appears before them, as they begin their quest to pursue a highly sought after crystal. Players will make their way through various types of dungeons to search for items, collect gil, uncover hidden paths, and venture new routes. Read more at http://gematsu.com/2016/05/final-fantasy-brave-exvius-launches-summer-west#AUICbDaowlWyCEwz.99