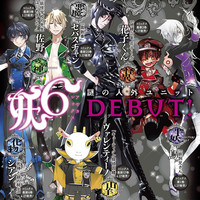 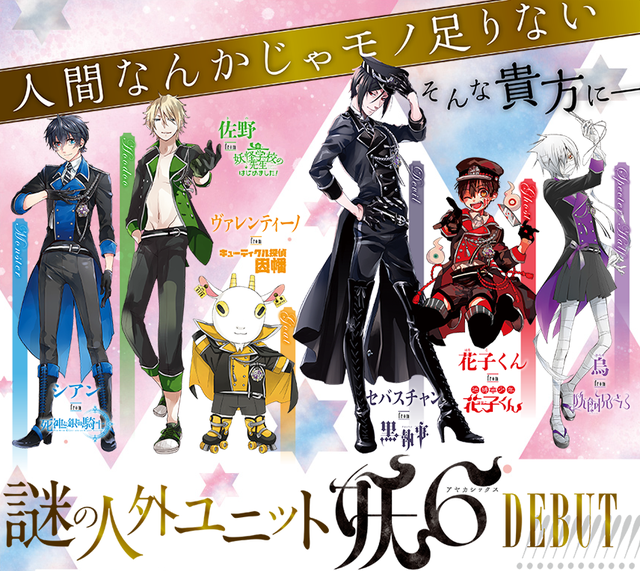 A new promotion re-imagines 6 ghoulish characters from various manga published in Square Enix's GFantasy anthology magazine as a boy's idol group. The line up of Ayaka6 (a pun combining "ayakashi" - a type of Japanese ghost - with the number six) includes: 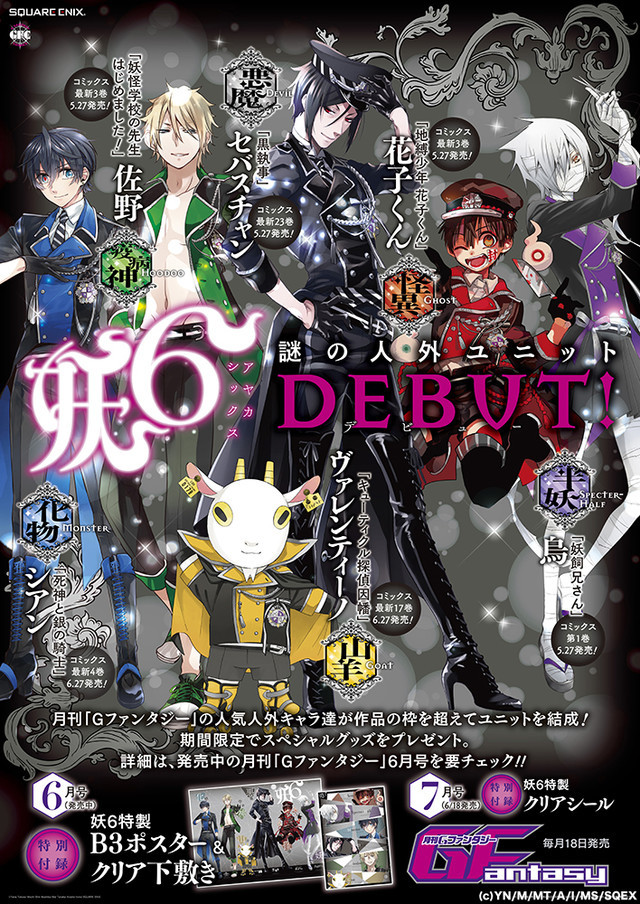 The members of Ayaka6 will be featured on various character goods such as acrylic stands, stainless steel water bottles, tote bags, can badges, and bromide mini-posters which will be given away as prizes. Additionally, a special issue of GFantasy published in Japan in June of 2016 will feature character interviews with the members of the "mysterious inhuman unit".