"Dragon Ball Xenoverse 2" Revealed for PS4, Xbox One, and PC

2016 launch planned for the Americas and Europe 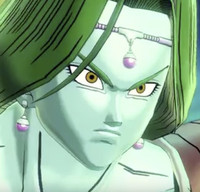 Bandai Namco recently counted down to a new Dragon Ball game announcement, and now that it's over, Dragon Ball Xenoverse 2 has officially been revealed. The sequel is currently in the works at Osaka-based developer DIMPS, with a 2016 launch planned for Japan, the Americas, and Europe.

Dragon Ball Xenoverse 2 aims to build upon the previous game, throwing in enhanced graphics, the largest and most detailed Dragon Ball world, a new hub city, and the most character customization options to date. More will be revealed during this year's E3, which takes place June 14-16, but in the meantime you can check out the announcement trailer below.

See More of "Dragon Ball Xenoverse 2" Brawlin' Away on Switch