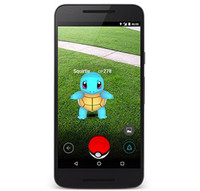 If you're itching to try out the augmented reality game Pokémon GO for yourself, Niantic kicked off a field test for North America. You can head to their website to sign up for an opportunity to play, and if selected you'll be able to provide feedback based on the beta version.

Revealed last September, Pokémon GO lets players use their phones to discover and catch wild Pokémon in their own world. If you missed it the first time around, here's the debut trailer:

Pokémon GO is scheduled to launch on iOS and Android devices this year.