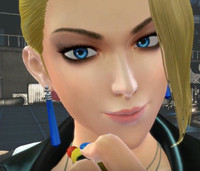 Hopefully you're ready for a boatload of The King of Fighters XIV previews leading up to the fighter's August launch on PlayStation 4. Judging from the official website we're now at two of sixteen, with the second trailer following up Team Japan's act with a look at Team Yagami. See Iori Yagami, Mature, and Vice in action below.

The King of Fighters XIV hits PlayStation 4 in the Americas on August 23, followed by Japan on August 25. Deep Silver will bring it to Europe on August 26.

Gintama Slides into King of Fighters All Star for Special Event