Manga's latest 5th volume will be available on May 25 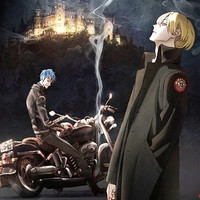 It is officially confirmed today that a TV anime adaptation of Natsume Ono's ACCA Jusan-ku Kansatsu-ka (13th Ward Observation Department) manga is in the works. A teaser site for it also launched with its title logo. No other details including its staff and broadcast schedule have not been announced yet.

This is the third TV anime adaptation of her manga work following Ristorante Paradiso (including some episodes from its spin-off Gente ~Ristorante no Hitobito~) by David Production in 2009 and Sarai-ya Goyou/House of Five Leaves by Manglobe in 2010. Both adaptations were aired on Fuji TV and its network stations.

ACCA Jusan-ku Kansatsu-ka is set in a world divided into 13 wards and focuses on the people who work for the Observation Department of the world's only unified organization ACCA. It has been serialized in Square Enix's Monthly Comic Gangan since June 2013, and its latest 5th tankobon volume

is scheduled to be released on May 25. 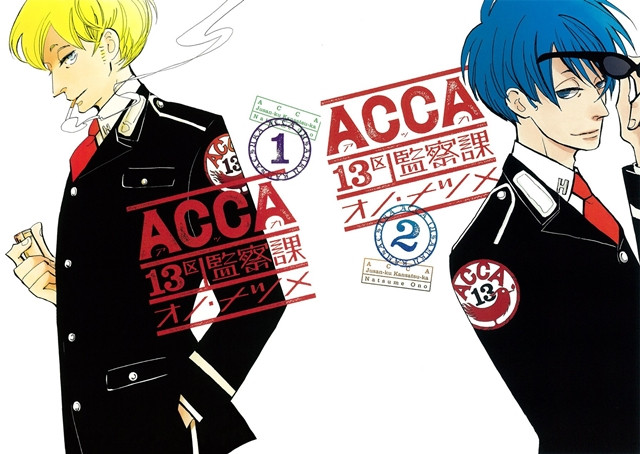 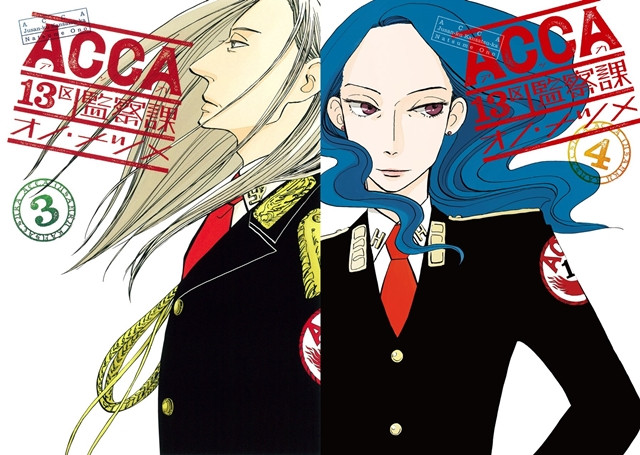 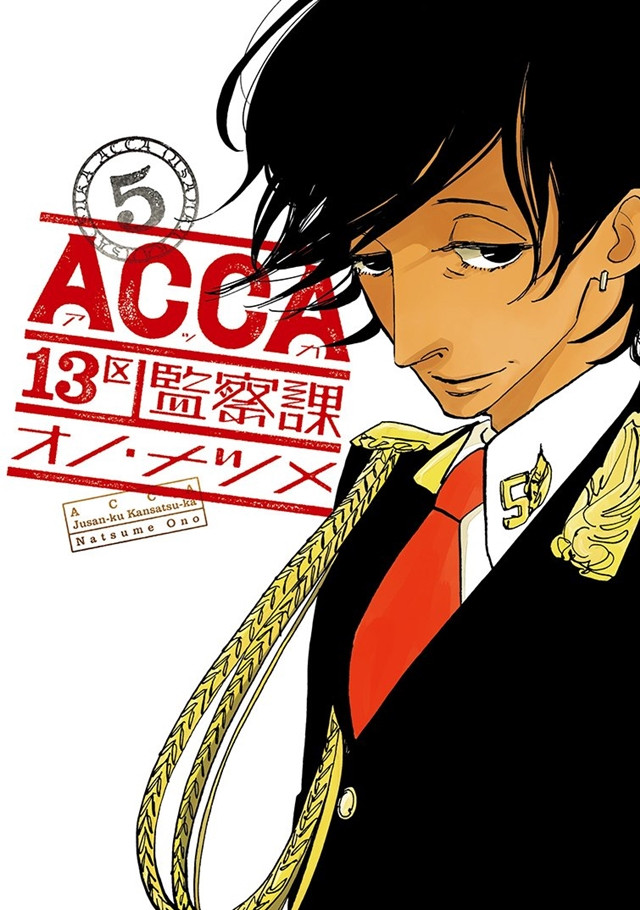