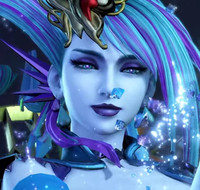 Fans of Final Fantasy's epic summons will get a kick out of Square Enix's latest video for Dissidia Final Fantasy, which is getting an update today in Japan. In addition to gameplay adjustments, the update tosses in Summoned Beast Alexander along with tweaks for summons like Ifrit, Shiva, Ramuh, Odin, and Leviathan. You can see all of the above in the first video below, followed by a video showing a battle between the development team and the management team.