Fighter launches on PlayStation 4 in North America on August 23 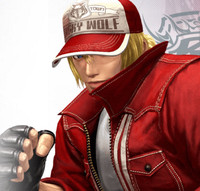 SNK Playmore is here with another team trailer for The King of Fighters XIV, which hits PlayStation 4 in North America on August 23. This time we have the Fatal Fury team entering the ring, including classic fighters Terry Bogard, Andy Bogard, and Joe Higashi.

Gintama Slides into King of Fighters All Star for Special Event