PS4 and PS Vita game launches in Japan on June 16 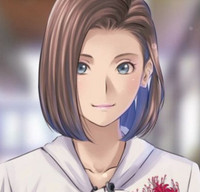 Kadokawa Games is back with another trailer for visual novel Root Letter, and once again the preview has optional English subtitles. This trailer focuses on the story, so you can get an idea of the mystery surrounding a pen pal's strange letter in the video below.

Root Letter hits PlayStation 4 and PS Vita in Japan on June 16, followed by a release in the west at some point.