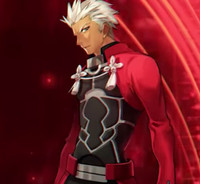 Fate/Extella is an action-oriented, Musou-style take on the Fate series that was announced back in March, and now it has a release date. As revealed in the latest issue of Famitsu magazine, Marvelous is bringing the action to PlayStation 4 and PS Vita in Japan on November 10.

16 Servants will be featured in Fate/Extella, including three newly revealed additions to the playable lineup: Artoria Pendragon, Jeanne d'Arc, and Elizabeth Báthory. You can see the latest promo below, which shows Mumei and Gilgamesh as playable Archer-class Servants, followed by a blanked-out Saber. More will be revealed about that on June 2.