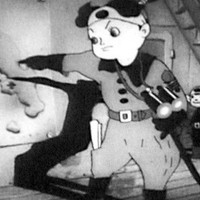 Funimation has announced that it has acquired exclusive distribution rights for Momotaro, Sacred Sailors - a WWII propaganda film from 1945 that is also Japan's first feature length theatrical anime movie - in the United States and Canada. 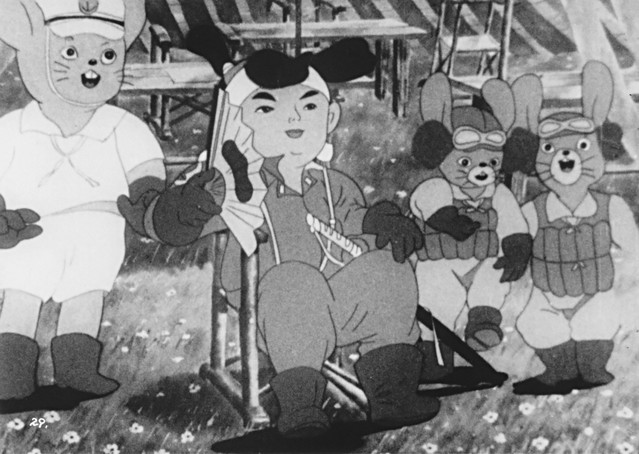 The rights acquired by Funimation apply to theatrical, digital, and home video distribution, although no specific release dates or details have yet been announced. 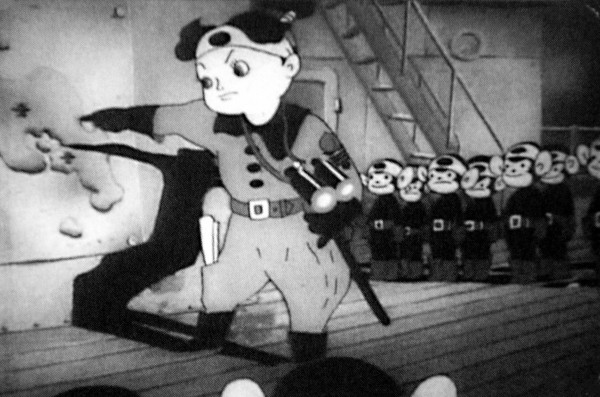 Produced by Shochiku at the behest of the Japanese Naval Ministry, Momotaro, Sacred Sailors is written and directed by Mitsuyo Seo. Funimation describes the film as follows:

"On the eve of a parachute mission during the war in the Pacific, a group of navy paratroopers, a monkey, a dog, a pheasant, and a bear, go home for a brief visit before heading off with their squadron to their base in the South Pacific. Lead by boy warrior Momotaro, the squadron prepares to attack the enemy on Devil’s Island."