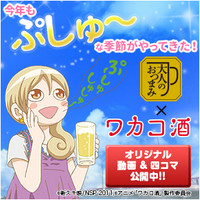 Wakakozake, a 2015 TV anime based on the manga by Chie Shinkyu about a young woman enjoying tasty food and drink after a long day at the office, is teaming up with Japanese snack-makers Iwatsuka Confectionery Co. Ltd. for a limited time promotion focusing on snacks for grown-ups. 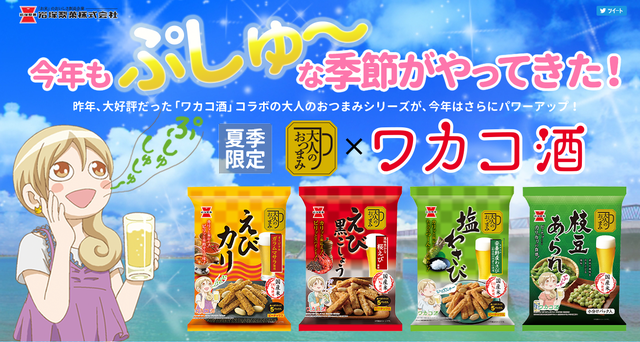 The collaboration involves new promotional artwork for the "Adult Snack Series", which includes original 4-panel Wakakozake comics on the back of the packaging. A TV commercial featuring voice actress Miyuki Sawashiro reprising her role as Wakako Murasaki was also released.

Durian-flavored Kit Kats Could Be A Thing In Thailand