After a relatively brief, six month hiatus, Kentarō Miura's manga is coming back! 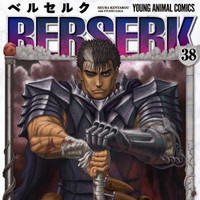 After a relatively brief, six month hiatus, Kentarō Miura's Berserk manga is coming back! Last seen in December, with volume 38 due June 24th, and the new anime hitting Japanese TV in July, the serialized manga's return to Young Animal has been scheduled for the June 24 issue 13 of the biweekly magazine's 2016 run. The resumption will be celebrated with a cover and color illustration. The manga also aims to continue at a monthly pace. 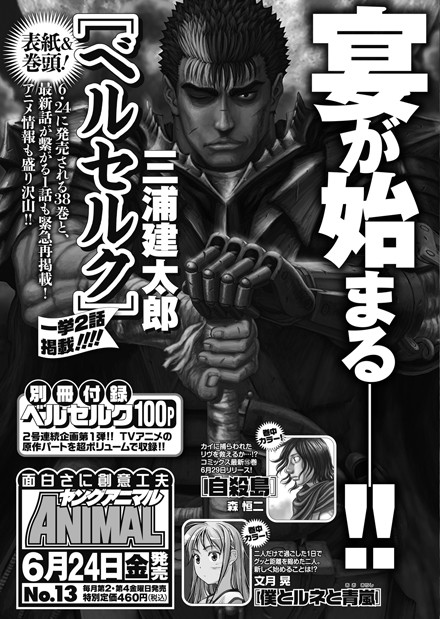