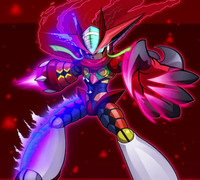 Without publisher Deep Silver at the editing bay, Mighty No. 9 is actually capable of trailers that aren't completely cringe-worthy. The latest showcases Beck's rival Ray, who gets his own DLC that will be included with the retail version. You can see the new stage, the boss fight against Ray, and some samples of what it's like to play through the game as Ray in the trailer below.

Mighty No. 9 makes its long-awaited debut on PlayStation 3, PlayStation 4, Xbox 360, Xbox One, Wii U, and PC in North America on June 21, followed by a worldwide launch on June 24.