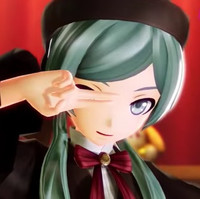 The PS Vita version of Hatsune Miku: Project Diva X launched in Japan on March 24, but the PS4 version and western releases are still on the horizon. Sample some of the rhythm game's songs, modes, modules, cross-save features, and more in the overview trailer below.

Hatsune Miku: Project Diva X hits PlayStation 4 in Japan on August 25, followed by a release on PS4 and PS Vita in the Americas on August 30.