Kojima returns with the first game from his independent studio 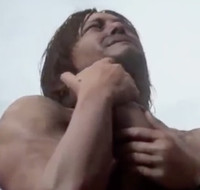 Hideo Kojima took the stage during Sony's E3 press conference, saying "I'm back" before revealing the first trailer for Death Stranding, his first game with the independent Kojima Productions. The trailer shows a CG Norman Reedus (The Walking Dead), who was previously going to star in Kojima and Guillermo del Toro's Silent Hills.