"Attack on Titan" E3 Trailer is Hungry for Characters & Cutscenes 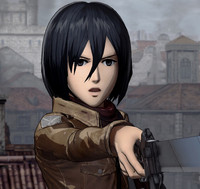 It may not have been on the main stages at E3, but if you didn't blink you might have seen a quick glimpse of the new Attack on Titan game during Sony's sizzle reel. If you're hungry for more, Koei Tecmo put together a new full trailer for the event, highlighting the game's characters and cutscenes.

Attack on Titan hits PS4 and Xbox One physically and digitally in Europe and North America on August 26 and 30, respectively, along with digital releases on PlayStation 3, PS Vita, and PC.