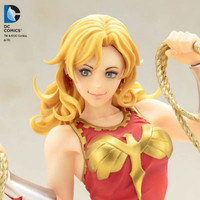 Figure makers/sellers Kotobukiya's Bishoujo figures designed by Shunya Yamashita are back to DC Comics with their latest figure. This time it's Wonder Girl. Specifically, the third, Cassie Sandsmark. This is a character/name with a pretty convoluted history.  Orders are open now ahead of end of 2016/early 2017 release. 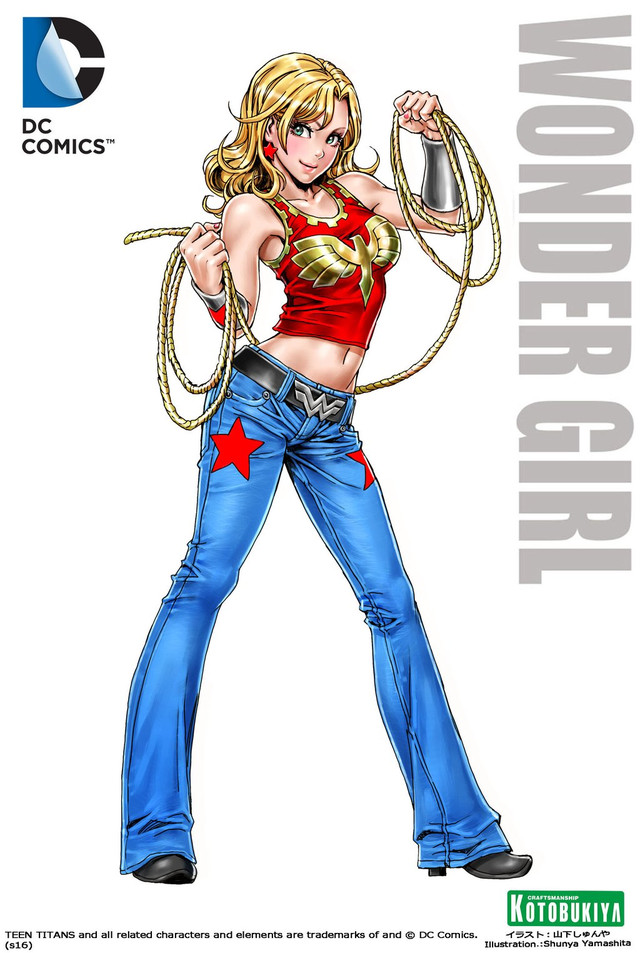 A Kotobukiya Japanese import! Kotobukiya proudly presents the next entry in the lineup of Bishoujo statues based on the superheroines and villains of DC Comics with the dynamic legacy character WONDER GIRL! The latest in a series of heroines going by that moniker, Cassandra “Cassie” Sandsmark first appeared in the pages of Wonder Woman in 1996. She is a demigoddess whose powers are similar to those of her mentor’s including flight, invulnerability, and super strength and speed. Wonder Girl even carries a magical lasso like Wonder Woman and she’s used it in countless battles with her allies the Teen Titans. Following Wonder Woman and other Titans in the Bishoujo series, Cassie comes to life as never before in the traditional Japanese “pretty girl” style based on a new character interpretation by Shunya Yamashita!

The dynamic Wonder Girl is ready for action in a super fun pose that conveys her excitement and power. Cassie looks great in her classic outfit consisting of a red tank top emblazoned with her heroic symbol in gold, blue jeans decorated with giant red stars, and cute black shoes. She even has a black belt with the “W” logo on its buckle, and of course her arms are protected by the magical bracers that can deflect nearly anything! Wonder Girl’s aggressive stance has her leaning forward over one leg, arching her back and holding up her mystical lasso with both arms. While that pose shows off her muscles her beautiful face gives you an adorable smile and her long golden hair looks perfect flowing over her shoulders.

Wonder Girl stands just over 8 ½ inches tall (1/7 scale) on her specially designed display base. Cassie is a great centerpiece for your DC Comics Bishoujo collection and looks great alongside other statues like Wonder Woman, Starfire, and Raven! 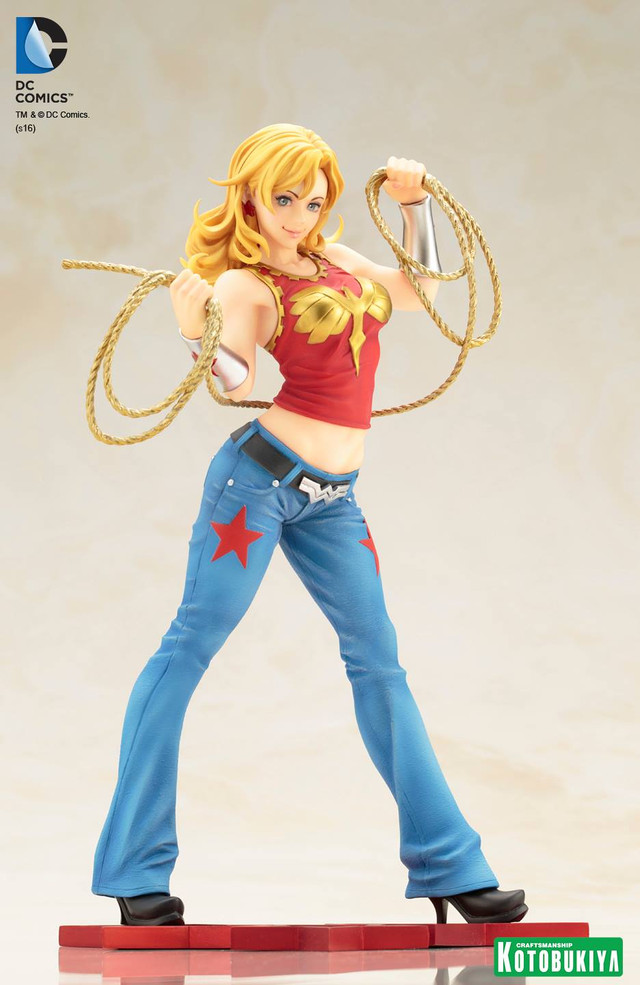 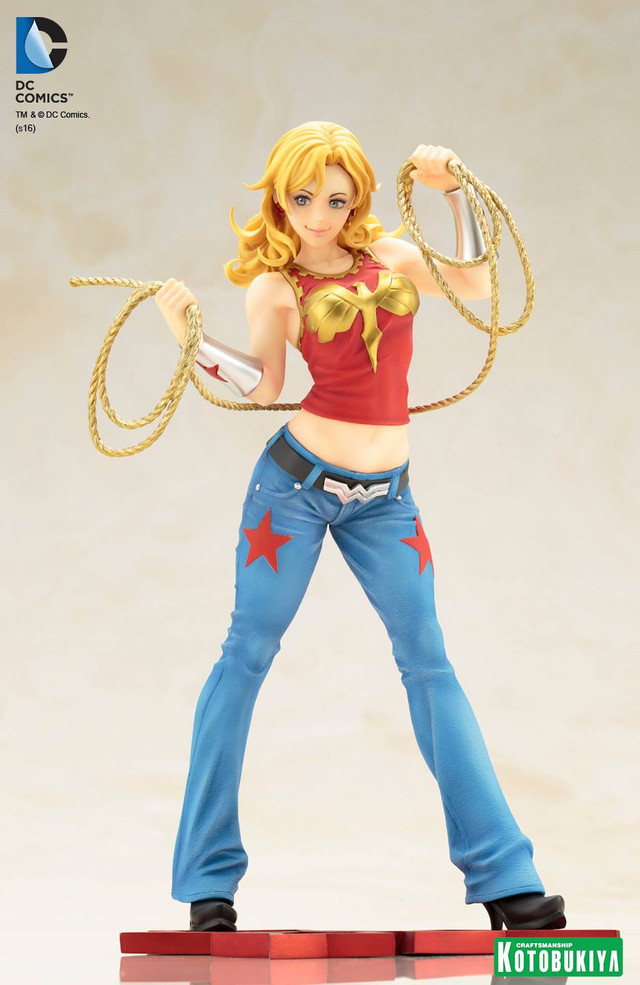 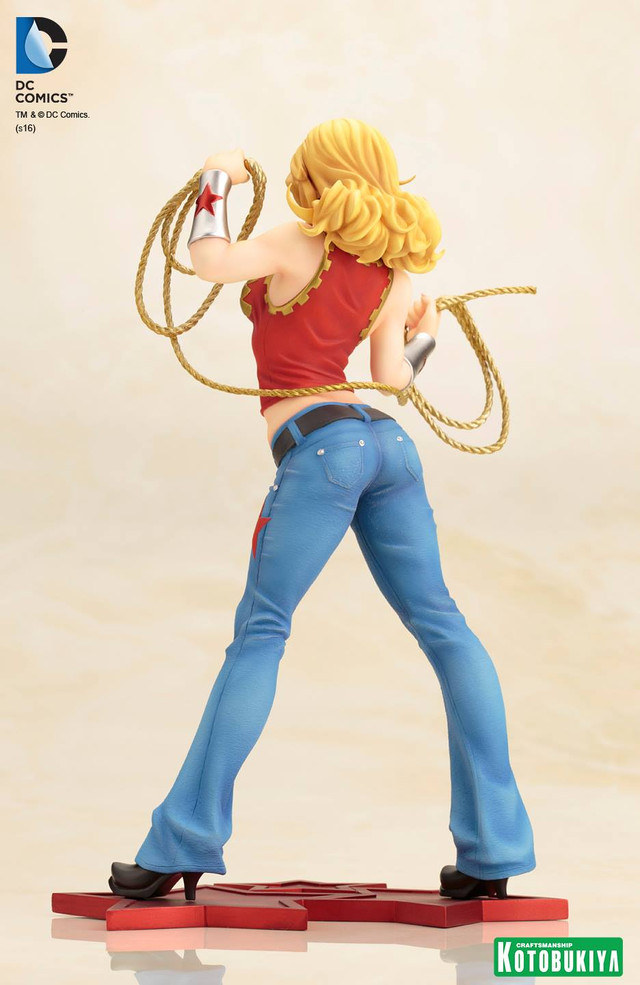 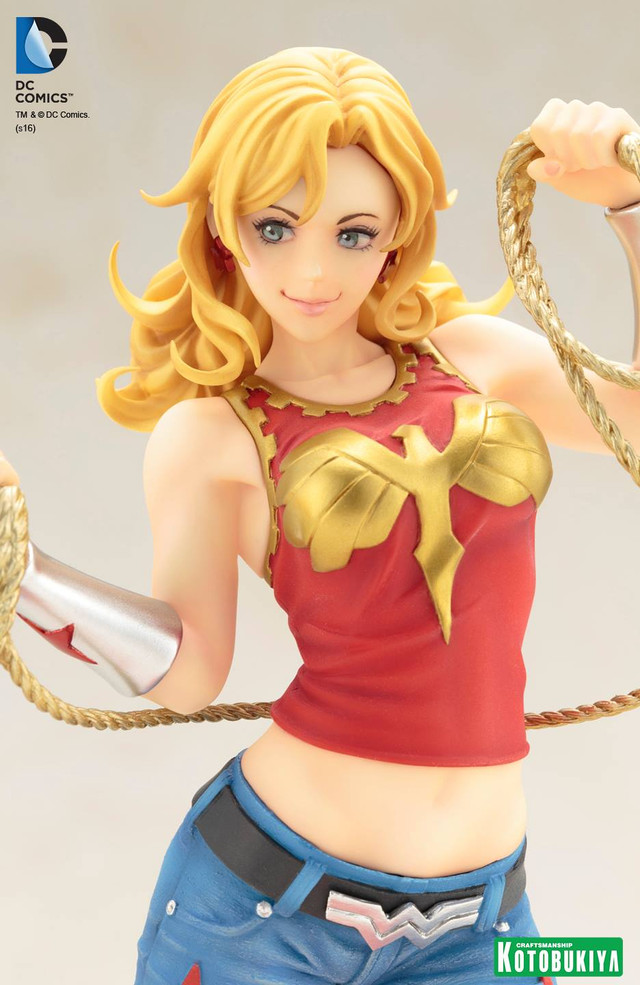 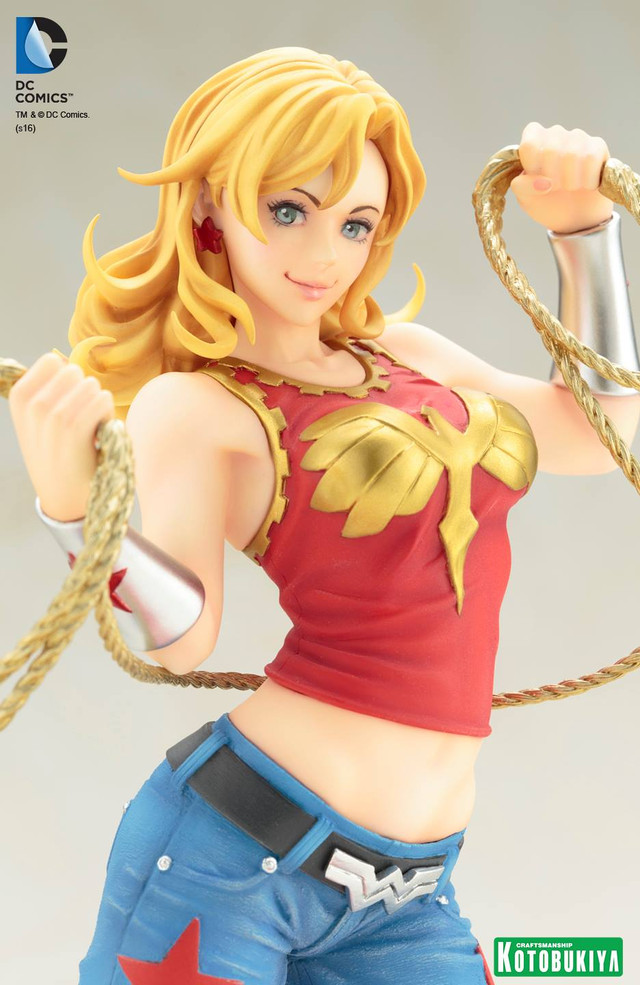 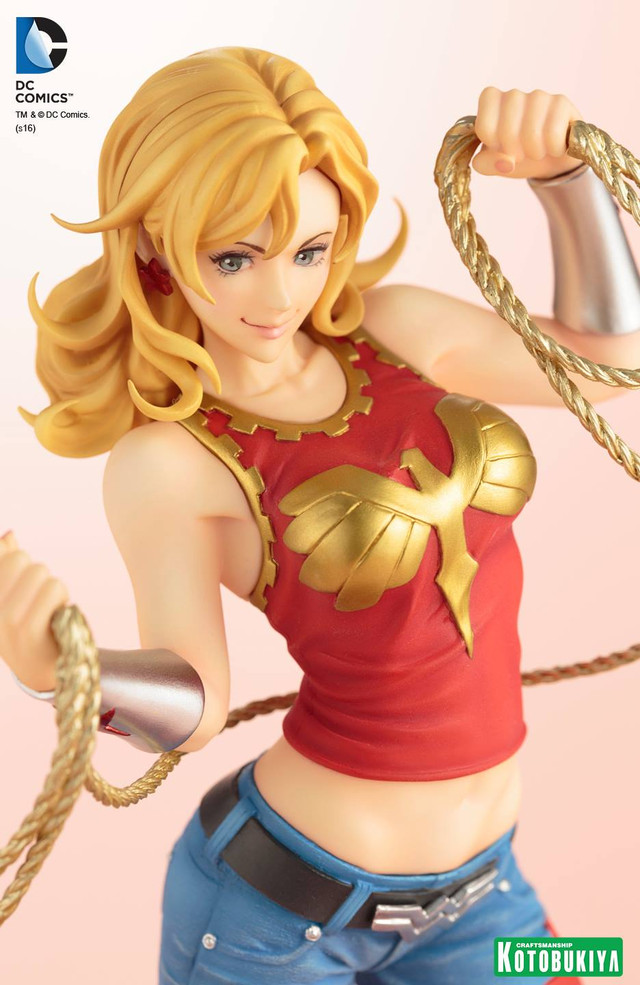 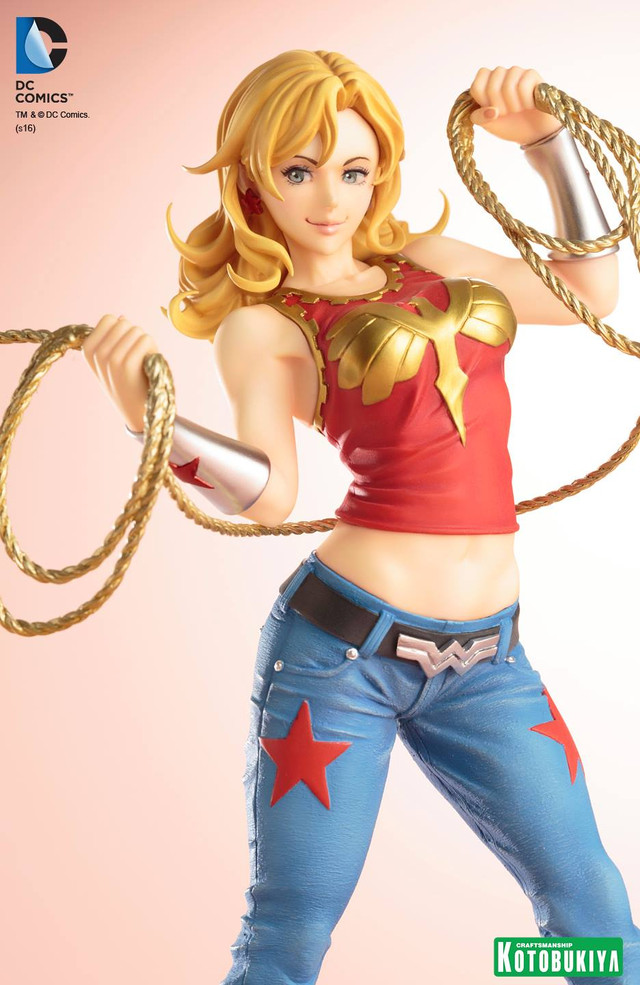 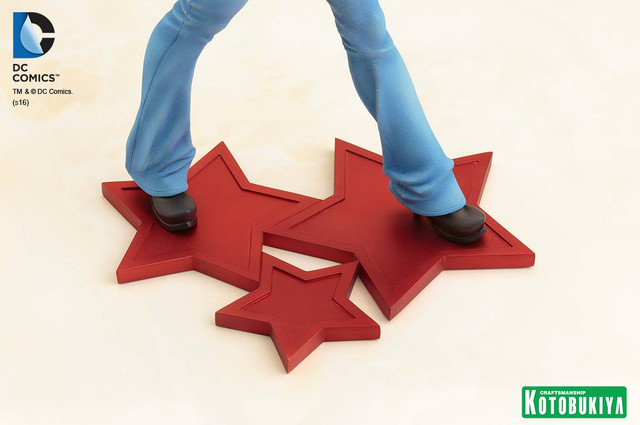