"NieR: Automata" Launches Early 2017, But You Can See the Latest Trailer Now

Square Enix follows up 2010 title with help from PlatinumGames 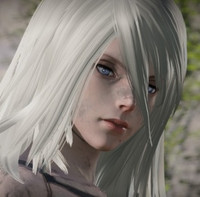 NieR: Automata is one of many games on display at E3 this week, and Square now has it lined up for an early 2017 launch on PlayStation 4. While we wait for more, you can check out the latest trailer below.

In the forsaken wasteland below, the war between the machines and the androids rages on.

A war that is soon to unveil the long-forgotten truth of this world...