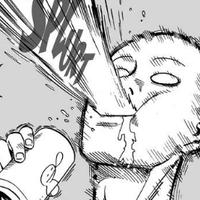 Crunchyroll previously reported about how solicitations for the 31st issue of Kodansha's Weekly Morning seinen manga magazine were advertising a new series by Yusuke Murata, the artist who draws Eyeshield 21 and the remastered manga version of One-Punch Man. 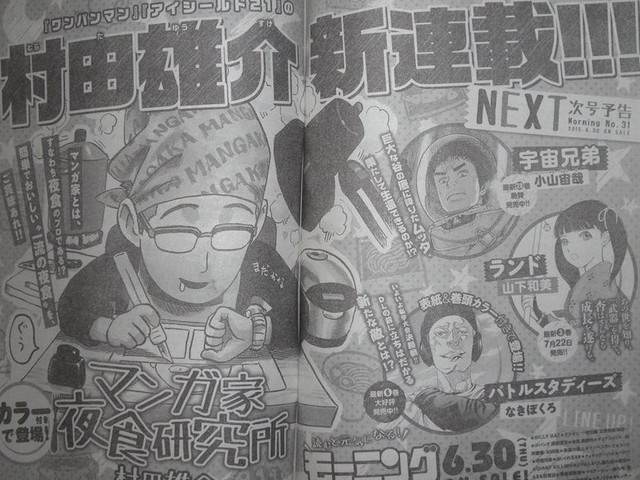 Now a scan of the "coming next issue" pages from Issue 30 of Weekly Morning has appeared online, and it reveals the title and premise of Murata's new work: a cooking manga entitled Mangaka Yashoku Benkyuusho ("Manga Artist's Late-Night Snack Laboratory").

The text notes that manga artists are pros when it comes to the art of midnight-snacking, while the artwork depicts a hard-working manga artist at the drawing board while his rice cooker and a soup pot burble in the background.