Though, given the parties involved, there might be as much theater as there is real controversy in the recent blow-up 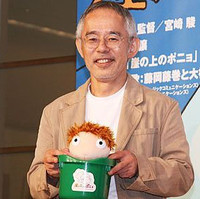 Art and business have rarely been entirely divorced at Studio Ghibli. Maybe contrary to the perceived spirit of the production house, they have not been too shy about selling merchandise. You have to get to their museum to see exclusive shorts like Mei and the Kittenbus. Years before they stopped producing their own movies, they were already talking about downsizing to a core of staff needed to manage rights. Now, the business side of Ghibli has come up again in relation to one of their art exhibits.

Though, given the parties involved, there might be as much theater as there is real controversy in the recent blow-up.

Studio Ghibli is planning a retrospective covering works from pre-foundation Topcraft production Nausicaa to their contribution to this year's French-Japanese-Belgian animated The Red Turtle.

Producer/co-founder Toshio Suzuki decided that maybe they weren't doing the right thing there. Leading into the July 7th opening, he announced:

“Sorry for being selfish.”

“Finally, the exhibition is about to come to Tokyo. I’d like many people to come see it. But the 2,300-yen entrance fee has been bothering me. Ahead of the opening day, I talked with Studio Ghibli Producer Aoki, and asked “Can’t we make the admission price the same as a movie ticket?” I think this caused some problems for the event’s organizers, but they gave their agreement.”

“I want many people to see the exhibit. I deeply want that, so we’ve changed the admission price to 1,800 yen! Please, come see the sweat and tears that Studio Ghibli has been putting into its works for 30 years.”

Refunds are available to tickets purchased before the reduction.

Director Goro Miyazaki helped him out with a sketch. 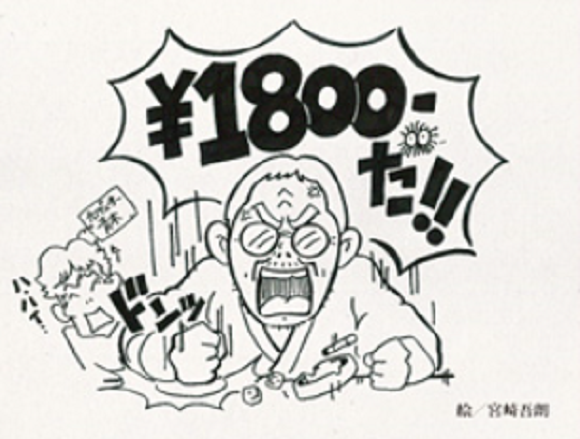 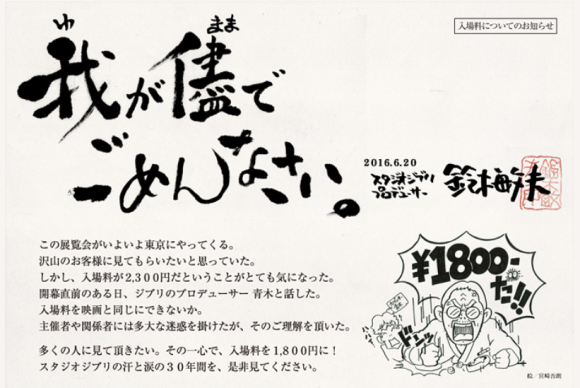 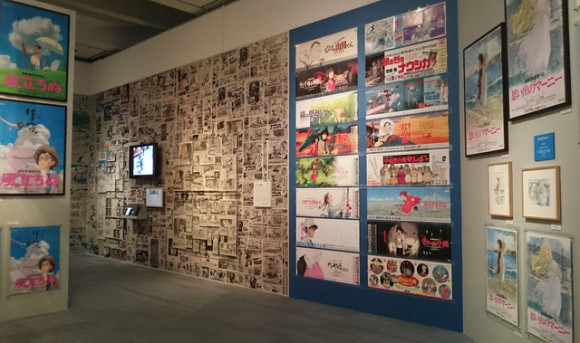 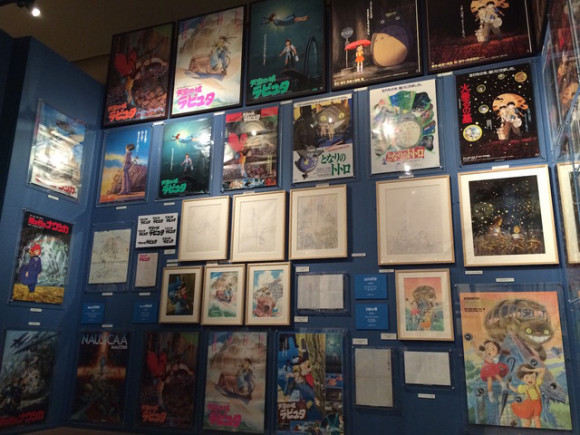 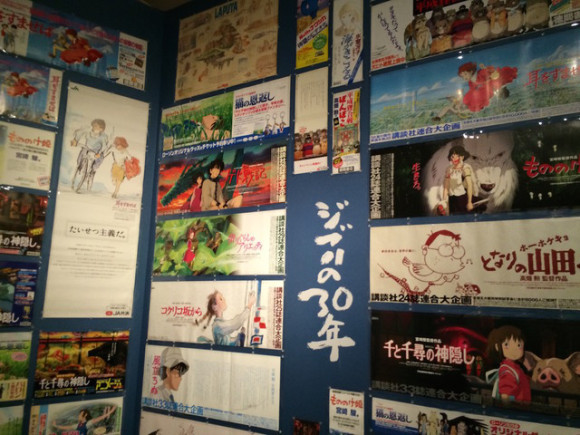