Movie monster mash-up "Sadako vs. Kayako" is currently playing in theaters in Japan 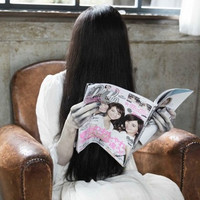 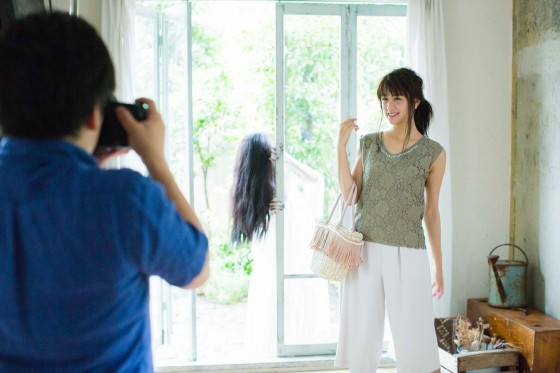 Providing further evidence that Japanese monster movie mash-up Sadako vs. Kayako has the greatest promotional campaign in film history, the ghostly villains of the Ringu / The Ring and Ju-On / The Grudge films recently turned up for photoshoots at a pair of Japanese fashion magazines. 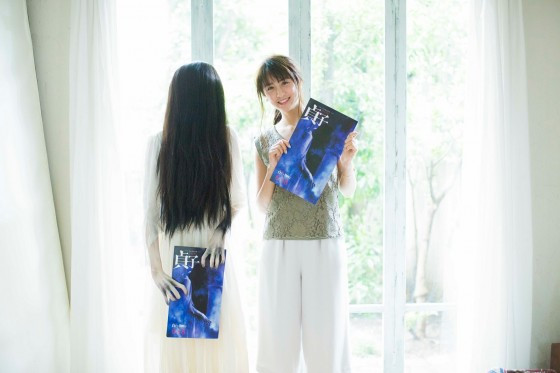 Sadako materialized on set for a photoshoot for Shogakukan's CanCam fashion magazine, where she appeared alongside model / actress Mizuki Yamamoto, who also stars in Sadako vs. Kayako. 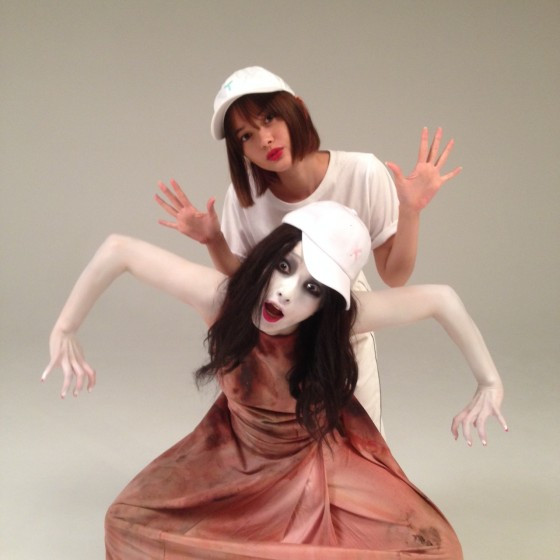 Kayako, on the other hand, showed up at a photoshoot for Kodansha's ViVi fashion magazine, where she appeared with model and fellow Sadako vs. Kayako co-star Tina Tamashiro. The issues of CanCam and ViVi featuring the haunted photoshoots were both published in Japan on June 23, 2016. 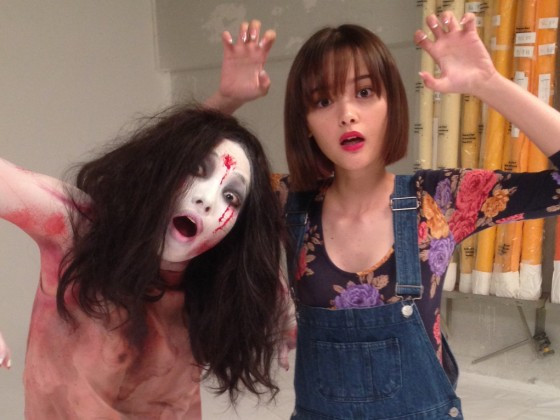 Sadako vs. Kayako is directed by Kōji Shiraishi. The film was released on June 18, 2016, and is currently playing in Japanese movie theaters.

Tags
sadako vs kayako, the grudge, ju-on, ringu, the ring, cancam, vivi, fashion, weird promotions
« Previous Post
mensHdge Technical Statue's Second Round of Swol "All Out!!" Rugby Players Presented
Next Post »
The MAD Surrealism of "Belong" by Meishi Smile
Other Top News
0 Comments
Be the first to comment!
Sort by:

Sadako and Kayako Shill for Snacks in Silly TV CM