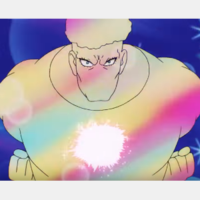 Announced at the Toonami @AnimeExpo panel, ONE PUNCH MAN is coming to TV July 16! The cast is SUPER HYPED! #VIZ30 pic.twitter.com/MTp24jWApN

Key members of the One Punch Man English dub cast joined us on stage this morning at #AX2016 pic.twitter.com/cTIJzYGAtu

No rest for the heroes! Just finished an interview with the ONE PUNCH MAN crew! That's a wrap for @AnimeExpo day 1! pic.twitter.com/38vCYogiZK

Meet the Nominees for This Year’s Anime Awards!