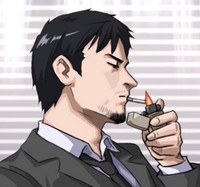 Originally revealed back in March, Chase: Cold Case Investigations ~Distant Memories~ is the latest mystery from Hotel Dusk director Taisuke Kanasaki and other former members of developer CING. During an Anime Expo panel this past weekend, publisher Aksys Games announced plans to bring Chase to North America this fall.

The western release of Chase: Cold Case Investigations will be availably digitally via the Nintendo eShop.

Aksys Games will also be bringing over the puzzle-filled Hayato Usagimaru -Nazo no Kakuri-Jou-, which is also set for an eShop release this fall.

Labyrinth of Galleria: The Moon Society Dated for Consoles and PC