Originally, the idea was to present the casino-themed story in Las Vegas 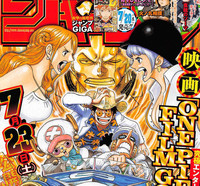 While One Piece Film: Gold opens in Japan on July 23rd, the new pirate action anime feature will have its world premiere a week early on July 15th at Abu Dhabi's Emirates Palace hotel with cast and staff in attendance. Originally, the idea was to present the casino-themed story in Las Vegas. However, after a meeting with anime-influenced animation house Ego Punch Entertainment at Tokyo Game Show, the plans changed.

“We visited Tokyo Games Show last year – we’re involved in games development as well – and were surprised to find a lot of companies visiting our booth wanting to talk about partnering with us," says Ego Punch chief executive Ahmed Al Mutawa. “Initially when we talked to Toei we had no intention of working with them, we just really liked what they did, but things moved on."

“We have a subsidiary company, Ego Space, that focuses on events and exhibitions," says Mohamed Al Jneibi, Ego Punch’s chief creative officer. “That’s who’s doing the One Piece premiere, and we’re also serving as consultants to the forthcoming Yas Island anime event that the Middle East Film and Comic Con guys are doing in October."

“They were intending to do the premiere in Las Vegas. We said, ‘Why not think of the Middle East?’ They were unsure if the infrastructure was there, so we said, ‘Guys, why don’t you just get on a plane, come and visit this beautiful country and check it out?’

Read more of the Ego Punch conversation on UAE's The National. 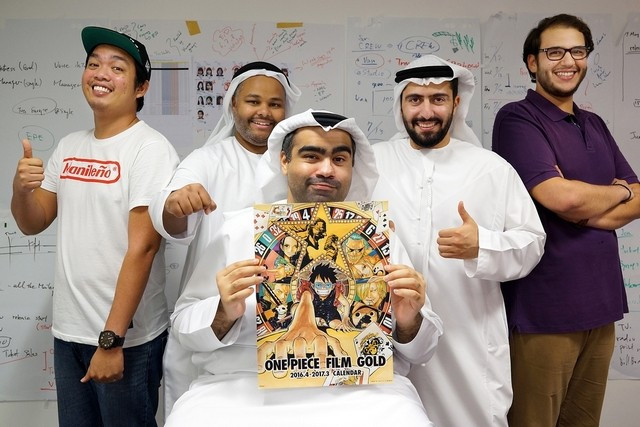 Tags
one piece
« Previous Post
Crunchyroll Talks with "Berserk" Producer Reo Kuroso About the Anime's Premiere and More
Next Post »
"Pokémon Sun" and "Moon" Pull Some Attention Away from "Pokémon GO" with New Trailer
Other Top News
6 Comments
Sort by: