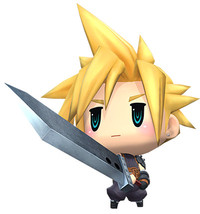 When World of Final Fantasy launches this October, you won't have to worry about a shortage of purchasing options. Square Enix announced a few different special edition versions, some of which are exclusive to the Square Enix Online Store, including the $119.99 North American Collector's Edition.

But first, the latest trailer:

This online-exclusive PlayStation 4 Collector's Edition is presented as a pop-up book with 3D paper cutouts. Inside the book you'll find the game, a special 80-pages hardcover art book, original soundtrack, a set of mini-figurines—including Cloud, Lightning, and Squall—and some digital bonuses such as mirages, summons, and Japanese voiceover. 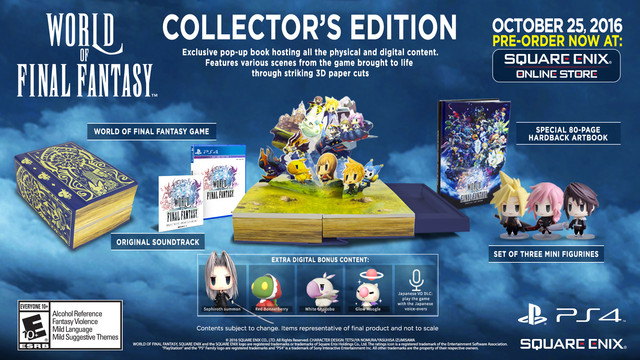 There's also a $59.99 Limited Edition for PS4 and PS Vita, which packs the game with a 24-page art book and digital bonuses. 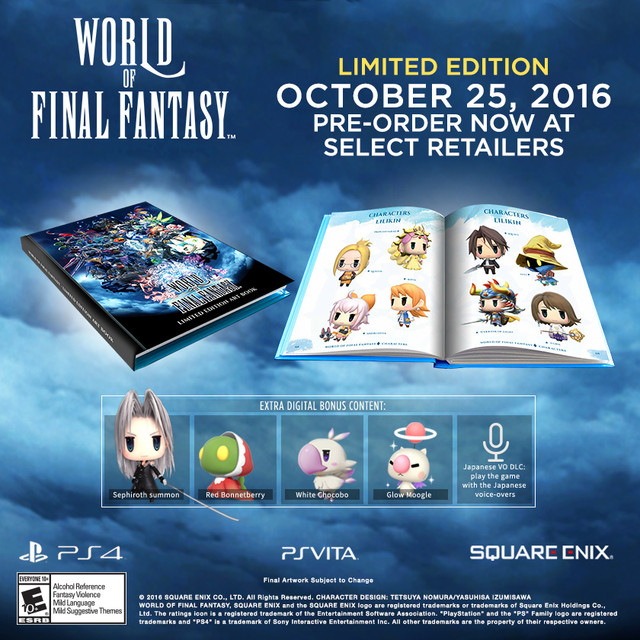 The Day One edition is also $59.99, but it only comes with the game and extra digital content. 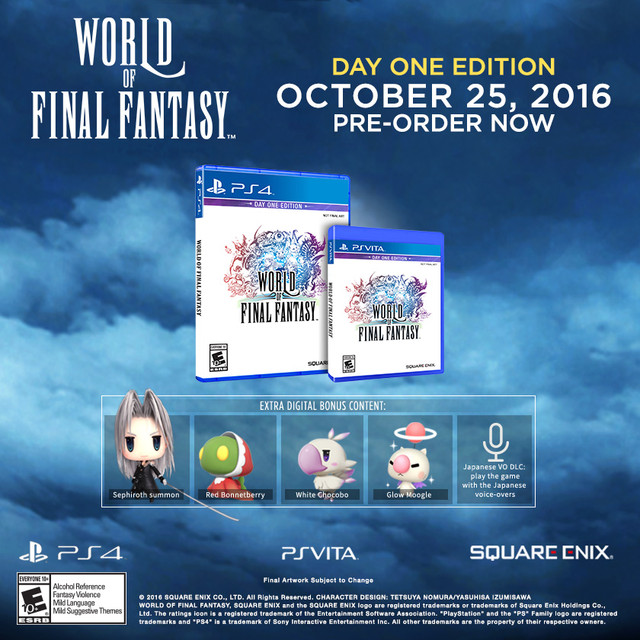 Don't worry, Europe, you'll also be getting the online-only Limited Edition, which is priced at €119.99. It features all the goodies found in the North American version. 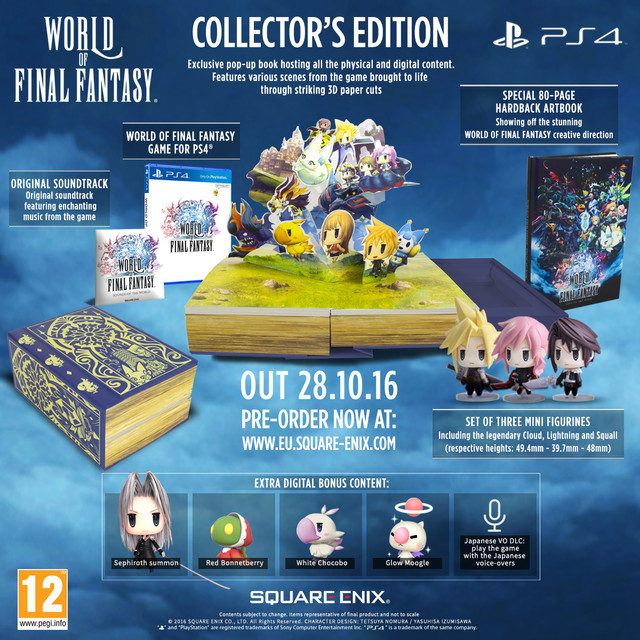