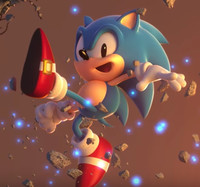 Yesterday was the 25th anniversary party for Sonic the Hedgehog, and Sega celebrated by announcing two new games. First up is Sonic Mania, which takes the Blue Blur way back to his 16-bit style roots for another 2D platformer. You can see the trailer for that one, pixel art and all, below.

As you may have noticed, Sega is working on Sonic Mania in collaboration with Christian Whitehead and Simon Thomley—who were behind the remastered Sonic CD, as well as fan-made games prior to that. Sonic Mania is currently planned for a spring 2017 digital launch on PlayStation 4, Xbox One, and PC.

After that we have Project Sonic 2017, which is coming from the folks at Sonic Team and is due to launch on PlayStation 4, Xbox One, NX, and PC during the 2017 holiday season. More information will be revealed later, but for now it looks like we have more Sonic Generations-style action to come.