PC release is due out this fall, will get an English release 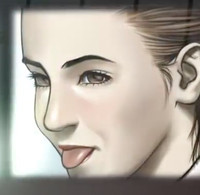 Originally released for PlayStation in 1999, The Silver Case is an adventure visual novel directed by none other than Goichi Suda, AKA Suda51 (No More Heroes, Shadows of the Damned, Killer7). It's getting a full HD remaster on PC this fall, which will mark the first time for the murder mystery to be released in English.

Ahead of that, we have the first trailer thanks to Grasshopper Manufacture and Playism:

Remake of Suda51's "The Silver Case" Launches in April