The Curtain Closes on "THE [email protected] CINDERELLA GIRLS" Manga 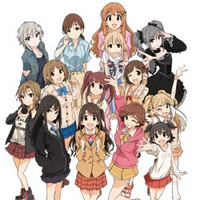 Crunchyroll previously reported how THE [email protected] CINDERELLA GIRLS was being adapted into a manga with writing by Yuniko Ayana and artwork by Sou Ueto for Ichijinsha's Monthly Comic Rex magazine. Now we have some bad news for [email protected] fans: due to the poor health of the artist, the manga has been cancelled. 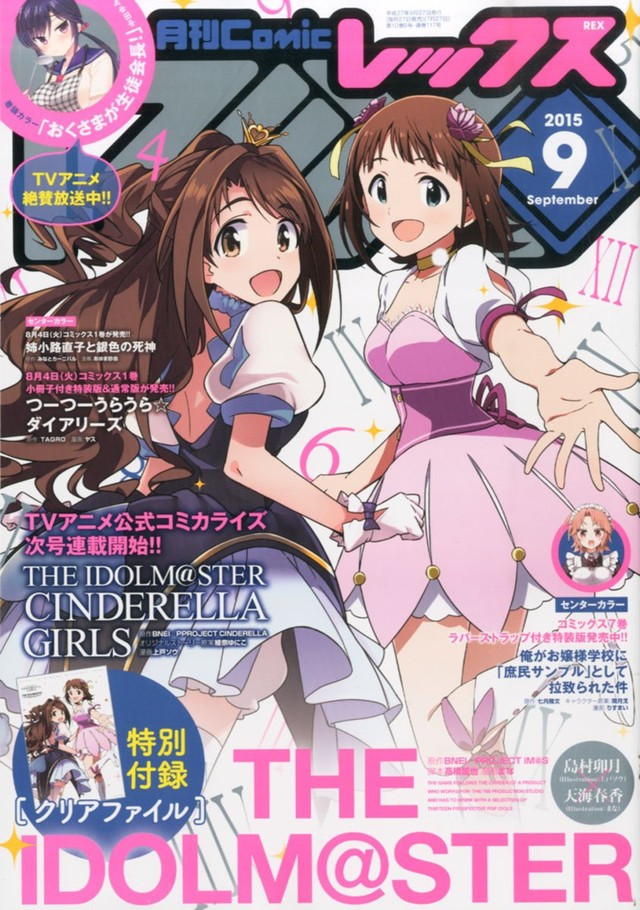 THE [email protected] CINDERELLA GIRLS debuted in the September 2015 issue of Monthly Comic Rex, but the series ran into difficulties early on with repeated hiatuses, the most recent one occuring after the May 2016 issue. Now Ichijinsha has announced that the most recent hiatus has evolved into a permanent cancellation, as Ueto is unable to continue. 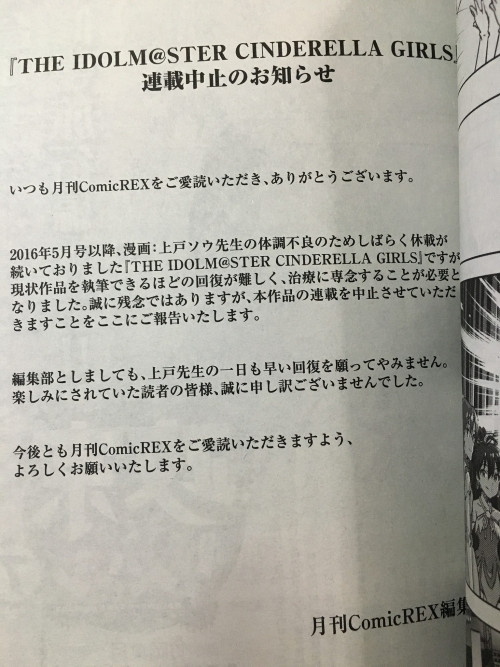 In a statement published in Monthly Comic Rex, Ichijinsha explains the circumstances of the decision, thanks the fans for their support, apologizes for the cancellation, and wishes Ueto a speedy recovery as she focuses on treatment and recuperation.