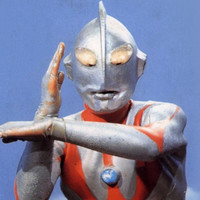 Tsuburaya Productions' iconic tokusatsu hero Ultraman is celebrating his 50th anniversary this year, and Shout! Factory is getting in on the festivities with an online, live-streaming marathon featuring 12 episodes of the original 1966 Ultraman TV series hosted by tokusatsu expert August Ragone.

The Good, the Bad, and Godzilla