"Bungo Stray Dogs" put a cartoonish spin on his grim life and work. Now a Nendoroid is doing the same. 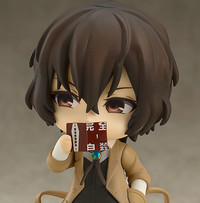 Osamu Dazai, a key figure in early 20th century Japanese literature, had a life and body of work shaped by suicide.  He was shaken by the 1927 suicide of his idol, Ryūnosuke Akutagawa. He attempted suicide and, as in semi-autobiographical novel No Longer Human, doubles suicides with lovers, multiple times, eventually drowning himself and the woman he left his wife and children for in 1948. Manga and anime Bungo Stray Dogs put a cartoonish spin on his grim life and work. Now a Nendoroid is doing the same.

From Good Smile Company and their Orange Rouge male character label, the figure is now available for pre-order.

From the anime series 'Bungo Stray Dogs' comes a Nendoroid of the Armed Detective Company member - Dazai Osamu! He comes with three face plates including a standard expression, a grinning expression as well as a rather carefree expression!

Optional parts include effect parts to display him using his ability as well as his favorite book, 'A Guide to Suicide'. He also comes with parts to pose him with his hands in his pockets to better capture his personality, and he even comes with special parts to display him trying to drown himself! Enjoy the cute and stylish Osamu Dazai in your collection! 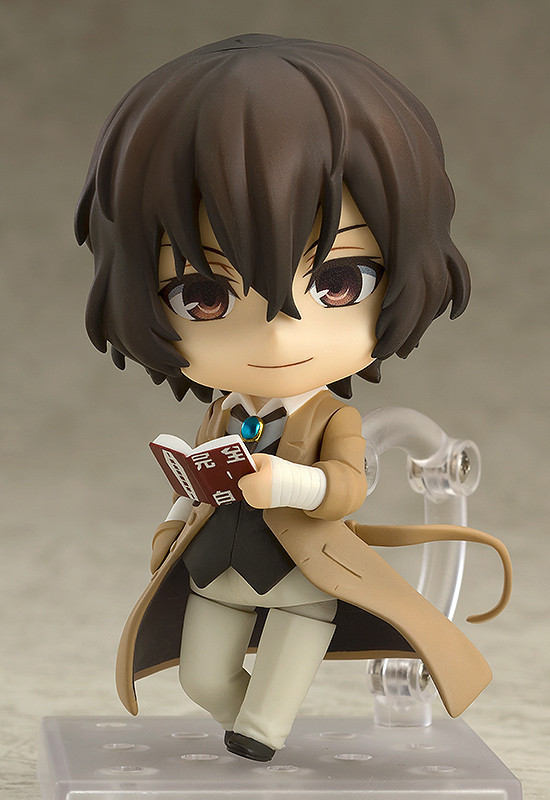 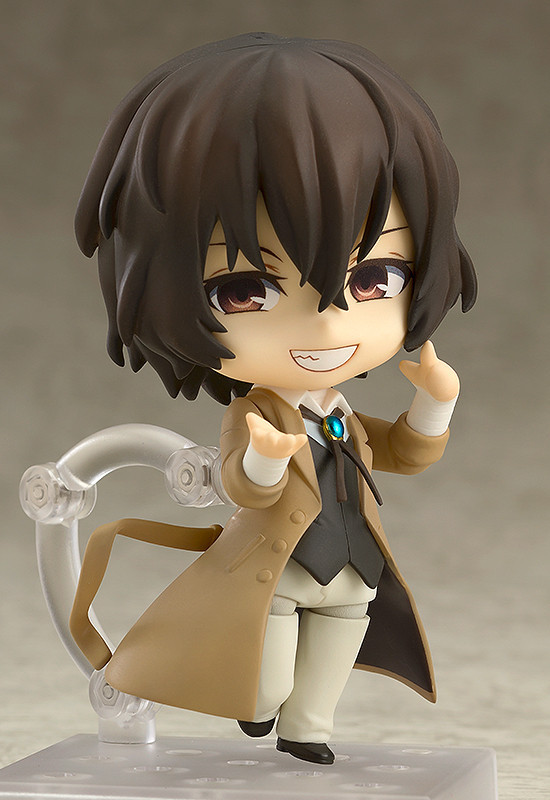 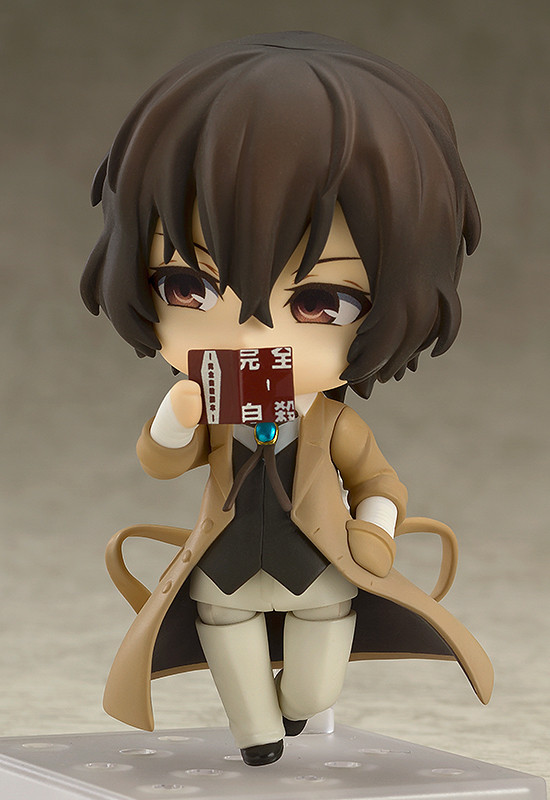 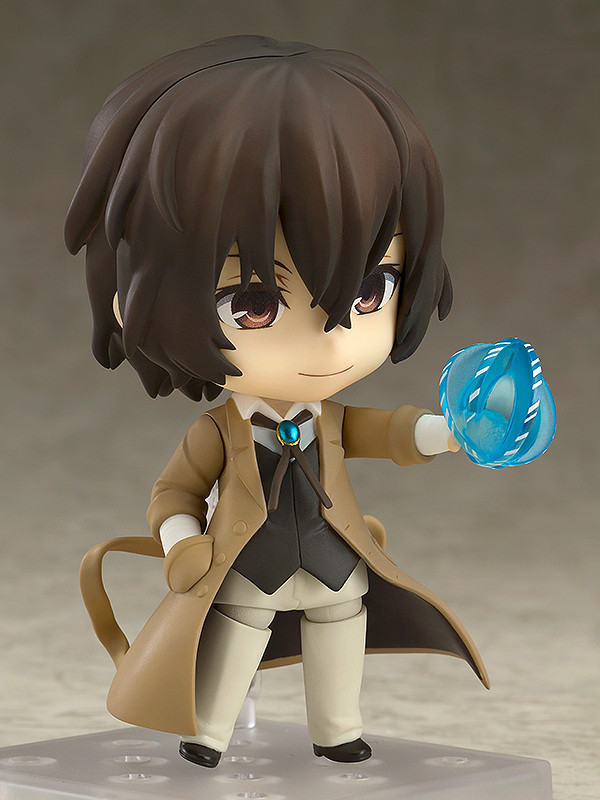 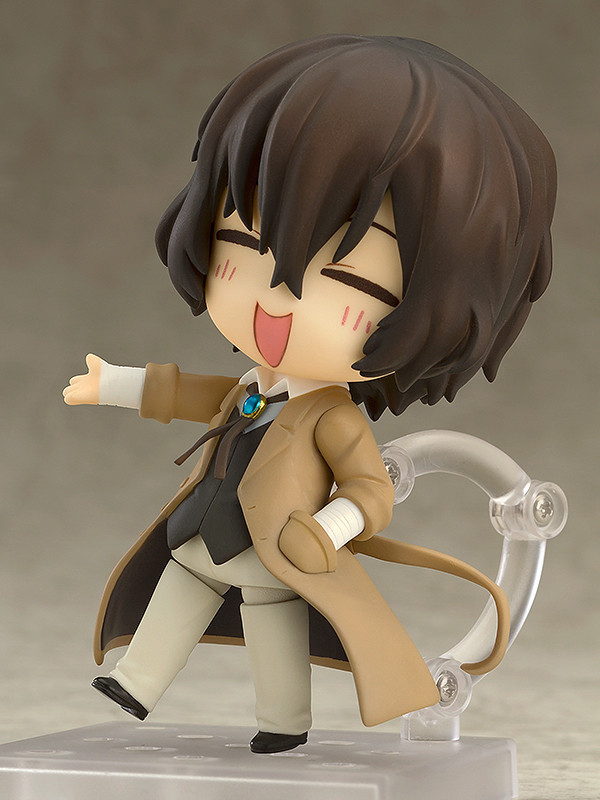 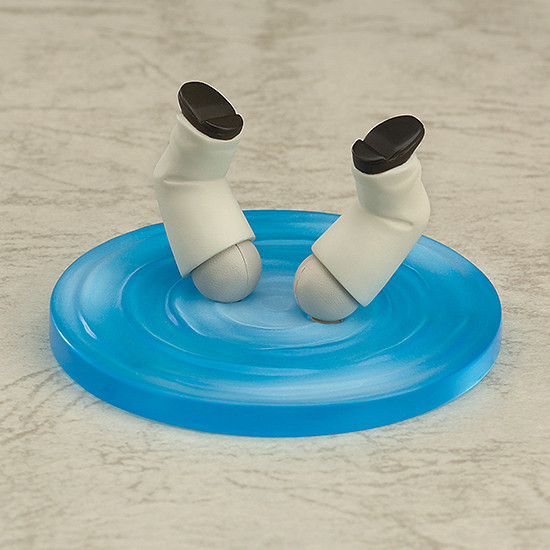