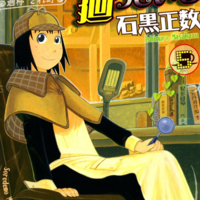 The new September issue of manga magazine Young King Ours is encoding a message about Masakazu Ishiguro's 2005 comedy Soredemo Machi wa Mawatteiru. Look at the towel on general Sherlock wanna-be, part-time terrible maid cafe waitress and full-time fool Hotori Arashiyama. Shift the letter based on the color and you get "four episodes left until the end."

The manga is on Crunchyroll and the 2010 anime was released by Sentai Filmworks under translated title And Yet the Town Moves. 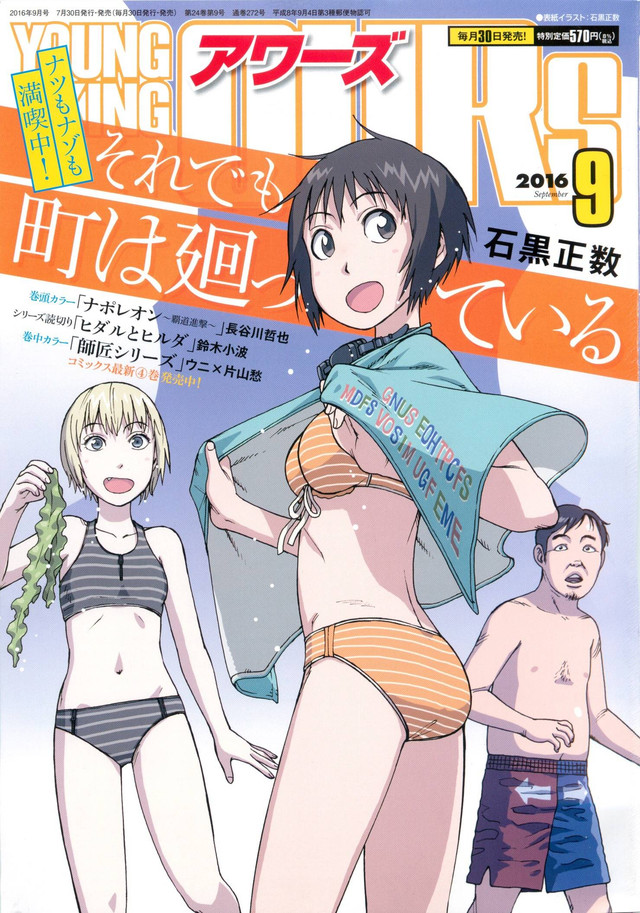 Volume 15 of the manga was released in April. 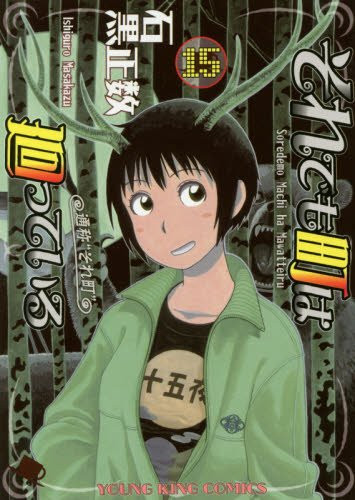