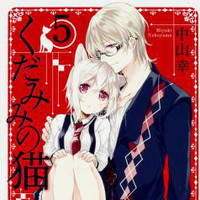 Yen Press had a pair of new manga licenses to announce this week with news that the publisher has picked up Spirit & Cat Ears (aka Kudamimi no Neko, 2014 from Comic Alive) and A Kiss and White Lily for Her (aka Ano Ko ni Kiss to Shirayuri wo, 2013 from Comic Alive). The first volumes of both of these titles will be added to their February 2017 lineup.

SPIRITS & CAT EARS by Miyuki Nakayama. Neneko Iizuna is a shy girl with a secret: cat ears. Embarrassed over her feline appearance, Neneko has retreated from the world. But when she receives a letter asking her to become the miko of an infirmary, she finds herself taking on the unexpected challenge of exorcism! Is this young cat girl up to the task of taking on the spirits? And can she get along with her new co-workers?

A KISS AND WHITE LILY FOR HER by Canno. Two girls, a new school, and the beginning of a beautiful friendship. In middle school, Ayaka Shiramine was the perfect student: hard-working, with excellent grades and a great personality to match. As Ayaka enters high school she expects to still be on top, but one thing she didn’t account for is her new classmate, the lazy yet genuine genius Yurine Kurosawa. What’s in store for Ayaka and Yurine as they go through high school…together? 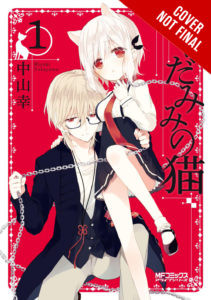 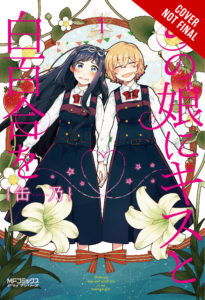