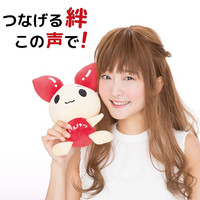 No, she's not secretly one of Dracula's night-slaves: actress / model / singer Yurika Kubo (Hanayo Koizumi in Love Live! School Idol Project) is teaming up with the Japanese Red Cross Society to promote the act of charitable blood donation in her hometown of Nara Prefecture. 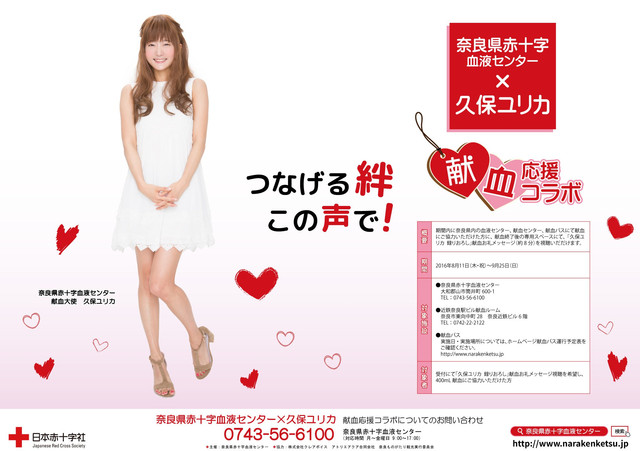 Kubo, who has been appointed the official "blood donation ambassador", will appear on promotional posters and at public events for the campaign. Below is one such poster, in which Kubo poses with Kenketsu-chan, a cute vampire bat mascot who represents blood donation. 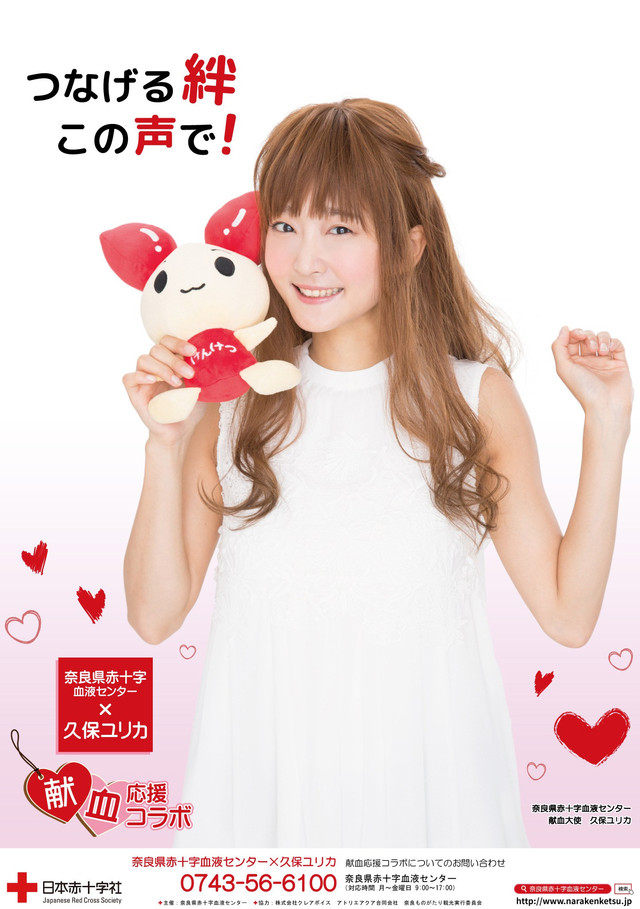 The campaign runs from August 11 until September September 25, 2016, at 3 locations in Nara Prefecture: the Nara Prefecture Red Cross Blood Center, the Kintetsu Nara Station Building Blood Donation Room, and the Nara Prefecture Bloodmobile. Donors who contribute 400 mL of blood will also be allowed to view a special 8-minute video in which Kubo offers her thanks for their donation.