"Attack On Titan" Prepares For Climax In Volume 20 Manga Preview

After a lot of material with conspiracies and secret histories, series has gotten back to the terrifying basics of battling titans to defend and retake the walls 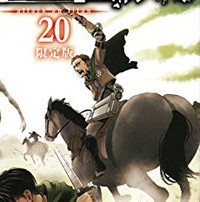 After a lot of material with conspiracies and secret histories, the Attack on Titan manga has gotten back to the terrifying basics of battling titans to defend and retake the walls. Released in Japan August 9th, volume 20 with chapters 79-82 will feature plenty of this, along with an epilogue that sets the stage for the series' climax.

From the Attack On Titan Wiki's translation of an interview with author Hajime Isayama in the August 2016 issue of Japanese magazine Gong Kakutogi.

Isayama: Tankobon Volume 20 will be released on August 9th, and it will approach the climax of the story. So everyone: please keep reading until the epilogue.

Horiguchi: So we will know the truth behind SnK’s world? I really want to know the answer. (Laughs)

Isayama: Since I don’t want to expand the story any further than my current plan, I will hurry up and reveal the answer soon!

Horiguchi: No no no, wait a second, I didn’t mean to push you. (Laughs) I still want to enjoy the manga for a while longer. That being said, my own wish is that there can be a happy ending where people can live freely with no walls. To me a sad and dark ending is, well…

Isayama: Until recently, I used to fully take the stance of creating a dark ending. Before, I wished I could shock those who have been following the manga. And all I thought about was to somehow betray the readers who are enthusiastic about the work. But now, as I am turning a little bit older, my mindset has shifted. I am still not sure how the manga will eventually turn out.

“What decisions will Eren and his friends make?” We are looking forward to figuring it out along with Isayama-san’s changes.

Isayama: Even though I’ve already designed the upcoming plot, I will still keep all possibilities open and see how the characters react by themselves when I draw the draft organically. That means nothing has been settled down yet.

Locally, Kodansha Comics' English release of volume 19 is out this week 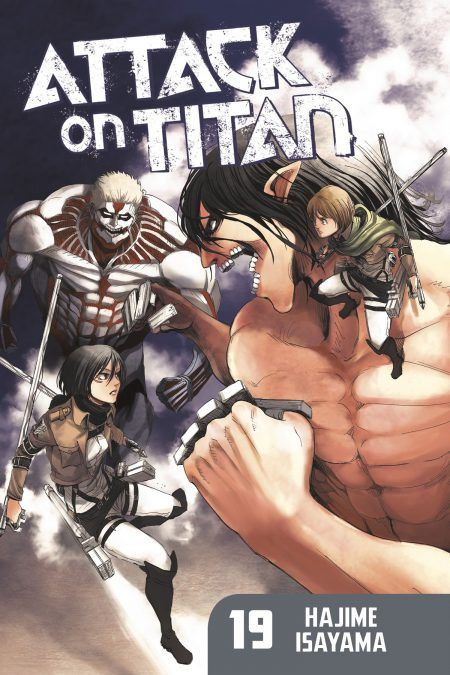