This will be SAO’s first foray into live-action TV and is described as being "developed as a TV series based on the storyline of the original series." 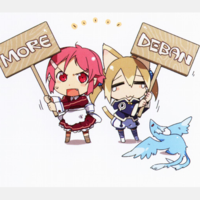 The site for spring 2017's Sword Art Online Ordinal Scale anime movie published a statement concerning the VRMMORPG fantasy/sci-fi series live-action TV adaptation. This will be SAO’s first foray into live-action TV and is described as being "developed as a TV series based on the storyline of the original series."

Reki Kawahara’s comments:
I am excited and moved that ‘Sword Art Online’ will be adapted into a live action series by the highly respected Skydance Media. I would like to take this opportunity to express my appreciation and gratitude to everyone involved in this project, and to the fans all over the world who have so generously and enthusiastically supported SAO.

Laeta Kalogridis’s comments:
For years I have been inspired by the inventive and masterful storytelling of the SAO franchise. I’m thrilled to get the opportunity to work with such talented partners to bring this cutting-edge yet timeless story to a new format at Skydance.

David Ellison’s comments:
At Skydance we are in the business of world-building and SAO is a massive pop-culture phenomenon from which we plan to launch a full-scale and wide-ranging set of live action franchise extensions across our business verticals, beginning with television.

We look forward to working alongside Laeta, Reki Kawahara, and the teams at KADOKAWA and Aniplex to build out a deeply immersive new universe of SAO in an authentic way that honors its well-established fan base around the globe.

Skydance Media is a diversified media company founded by David Ellison in 2010 to produce entertainment that will take the world by storm. Through deft use of various platforms including feature film, television, and interactive media, Skydance excels at injecting stories with a sense of reality.