The sequel to the original game, which has since gone offline, is set for 2017. 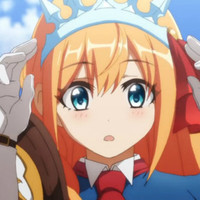 Cygames' upcoming Princess Connect Re: Dive for iOS and Android was just announced today during the Cygames Next 2016 event held in Tokyo.

As a sequel to the original Princess Connect, Cygames' smartphone title is being developed as a collaboration with CyberAgent, and it's slated for a 2017 release. It's said to "depict the friendships among girls" with all the same protagonists from the previous game, which actually went away in June.

Check out the trailer below, which shows off some gorgeous anime art. Wit Studio, which worked on Attack on Titan, is actually handling it, so it should look pretty great, after all.