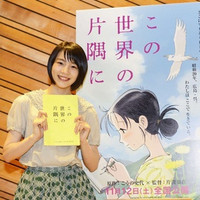 Nounen is best known for her portray as the protagonist girl Aki Amano in the NHK drama series Amachan aired in Japan from April to September 2013. Though getting a huge popularity by the role in Japan, she has had to take a break from activities for over 20 months lately due to contract problems with her agency. Last month, she announced that she changed her stage name to "Non" because she can't use the name "Rena Nounen" anymore. Kono Sekai no Katasumi ni is her first major work after the long hiatus and is also her first anime voice acting work.

release in Japan on November 12, 2016. The song "Kanashikute Yarikirenai" (Too Sad to Go On) performed

"picnic album 1." It is also confirmed that the 38-year-old singer provides the soundtrack music for the film. 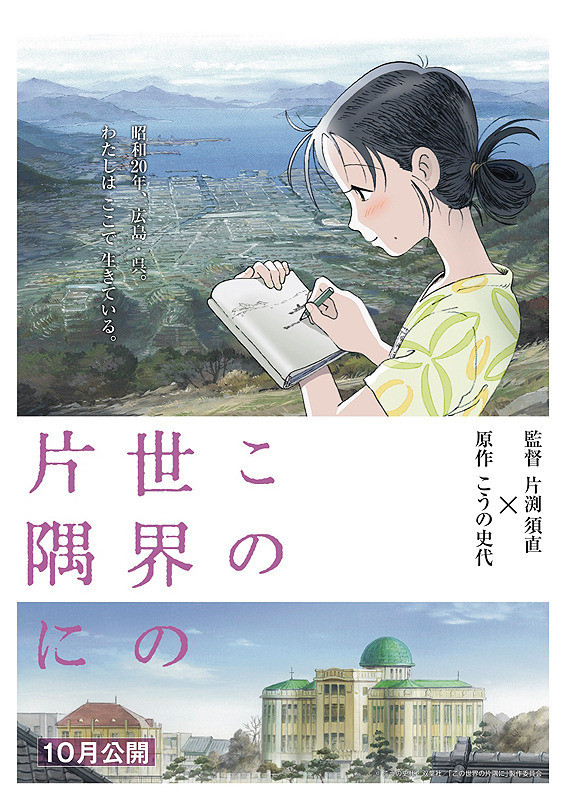