Koji Igarashi's "Bloodstained: Ritual of the Night" Delayed to 2018 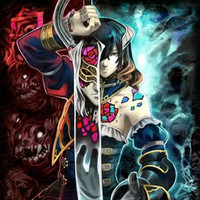 Those looking forward to playing Koji Igarashi's Castlevania-style Bloodstained: Ritual of the Night in 2017 will have to push those expectations back a bit. According to the latest development update on Kickstarter, the crowdfunded action game has been delayed to the first half of 2018.

Considering the scope of the project, this definitely isn't bad news. The update says, "to ensure the game meets his quality standards, IGA is bringing on additional developers and has moved his estimate for the game's release back to the first half of 2018." While IGA said he hates to keep backers waiting, he feels responsible for delivering the best product possible.

You can see more from the man himself in the update video: