Daisuke Hasegawa and Karen Aoki team up on "Great Days" 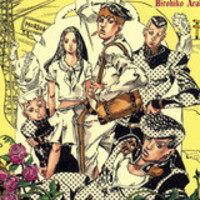 As Jojo's Bizarre Adventure: Diamond Is Unbreakable prepares for its third and final cour/quarterly run, theme song performers for the next opening have been announced. Coming this fall, Daisuke Hasegawa, a singer with a church background who studied in the United States, known to anime fans for his work on Gundam Reconguista in G, teams up with jazz diva Karen Aoki on "Great Days."

The single will be released October 19th.

The anime will run 39 episodes plus an OVA.

That bonus will be based on the 46-page 5th episode of Hirohiko Araki's Kishibe Rohan wa Ugokanai/Thus Spoke Kishibe Rohan manga, and it will be distributed to customers who buy all 13 DVD or Blu-ray volumes of the Diamond Is Unbreakable anime. Each disc comes with one entry coupon, and you need to send all the 13 coupons to receive the bonus OVA. The last 13th DVD/Blu-ray volume is scheduled to be released on June 28, 2017. 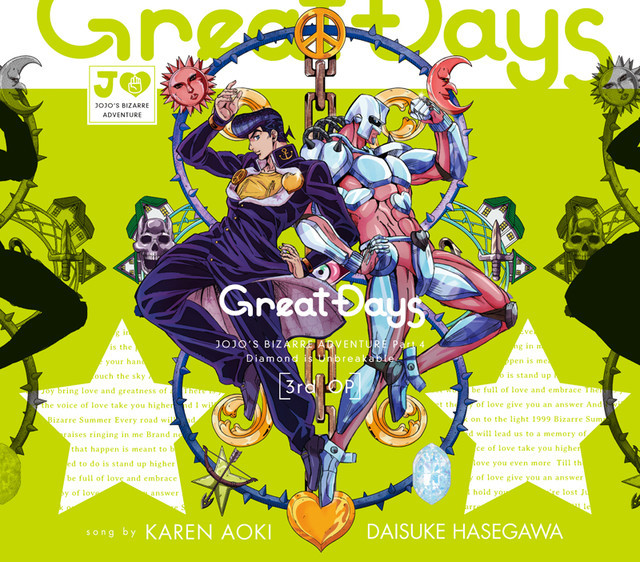