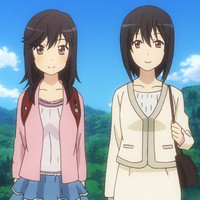 Just because your face isn't on camera doesn't mean that the entertainment business and its followers aren't going to judge you on your age. Just look at anime's tendency to go young with its casting. Yūko Nagashima, a 46-year-old voice actress who had roles in the 90s like Magic Knight Rayearth's Caldina and Nadesico's Erina Won, plus more recently Hotaru's mom in Non Non Biyoru, game work like Dead or Alive's Tina Armstrong, and dubs for foreign media, notable in Sarah Jessica Parker roles like Sex and the City's Carrie, took to Twitter with her perspective on the subject.

“Something I’ve been feeling recently: Lately on the net, people have been throwing around phrases like 'degradation' or 'old hag.' Especially aimed at women, even though getting older is something that happens to everyone. In Japan… especially in this industry.

Tags
industry
« Previous Post
"Miitomo" Will Be Getting "Kirby" Items
Next Post »
Get A Look At "Fate/Grand Order" Take On "Fate/kaleid liner PRISMA ILLYA" Heroines
Other Top News
42 Comments
Sort by: