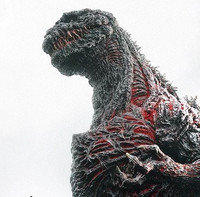 Funimation has Hideaki Anno and Shinji Higuchi's Shin Godzilla lined up for limited screenings in over 440 theaters in North America from October 11-18. You can find out information on theaters near you at the official website, and while you await the Big G's arrival you can check out Funimation's new theatrical trailer below.

Ahead of the opening Funimation will host two premieres. The first will be held October 3 in Los Angeles, with the second to follow on October 5 in New York.