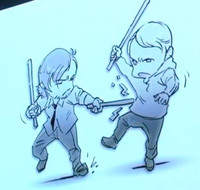 It will no doubt be a while before we actually get our hands on the next game from Metal Gear Solid mastermind Hideo Kojima, but it sounds like he's already cooking up some interesting concepts for Death Stranding. When the game was initially unveiled at this year's E3, all we got was cryptic CG-animated footage of a naked Norman Reedus holding a baby and crying amidst whale carcasses. With Kojima's appearance at the pre-Tokyo Game Show Sony press conference, we now have an ever-so-slightly better idea of what to expect.

While the story elements will likely be very Hideo Kojima, the creator says he's "aiming for a new type of action." Rather than simply having players battle the computer or one another, he wants to create links, or strands, between them. Death Stranding will ultimately strive to be an "action game where people get connected with different elements," as opposed to strictly through combat.

Hopefully the results end up being as adorable as this illustration featuring a very connected, Kojima, Reedus, and Guillermo del Toro. 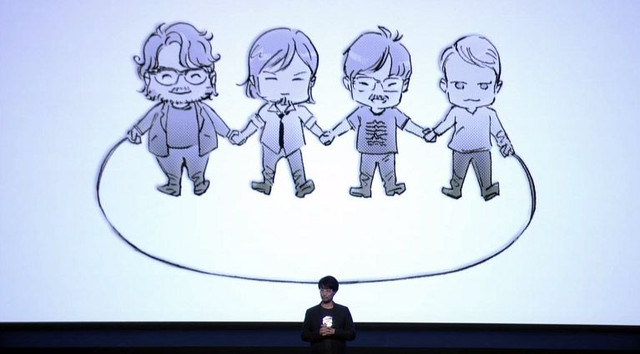 While the new Kojima Productions is technically an independent studio, Kojima says they're working on delivering a full AAA-style game. Death Stranding will push for new features like the 4K resolution and HDR color that the new PS4 and PS4 Pro support.