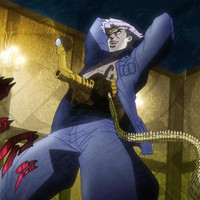 At their San Diego Comic-Con panel, Adult Swim programming block Toonami announced plans to broadcast the JoJo's Bizarre Adventure TV anime. The David Production adaptation of Hirohiko Araki's genre-hopping 1987 ongoing will make its US cable debut in October. With the series coming soon, Toonami co-creator Jason DeMarco responsed to a fan's question about whether it will be a censored or uncensored version.

When JoJo comes next month, is it going to be the censored or uncensored version? — Uncensored. https://t.co/qLwbXzA6Js